In Canada there's the (42nd) Radar squadron which uses patches on their uniforms with Radar Love on it!

42 Aircraft Control and Warning (AC&W) Squadron became operational in June 1955. Originally, the Squadron was not part of the CADIN/ PINETREE LINE, but used to provide radar control of CF-100 interceptors as well as radio broadcast control using geographical reference positions to Lancaster bombers equipped with CF-100 radar. In 1956, the Fighter Control School was opened at 42 AC&W, offering proficiency training for previously qualified fighter controllers. In April of 1961, the first complete Fighter Control Course was enrolled. This training was short-lived however. It ended in October 1962 when 42 AC&W Squadron became operational as 42 Radar Squadron in the Semi-Automated Ground Environment (SAGE) system as part of the 28th North American Air Defence System (NORAD) Region.

In 1977, MAPLE FLAG exercises commenced, using the airspaces of the Cold Lake Air Weapons Range. This highlighted the requirement to train controllers as Tactical Air Weapons Directors. To that end, a detachment of the Air Weapons Control and Countermeasures School (AWCCS) from North Bay was formed at 42 Radar in 1982. 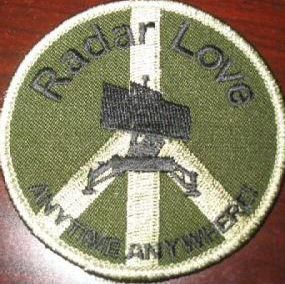 In June 1983, 42 Radar became an integral part of the updated Region Operation Control Centre (ROCC) centered in 22 Wing North Bay as a Long Range Radar (LRR) located in the Canada West Sector of the Canadian NORAD Region. The AWCCS detachment became part of 42 Radar Squadron as the Operations and Control Training Section in Sept of 1985. It was at this time that the role of Tactical Control Facility emerged. 1985 saw the beginning of the CADIN/PINETREE Radar Chain closures across the country. 42 Radar remained operational however, committed to tactical control in support of pilot training and providing radar data to the ROCC for automated control in the NORAD environment.

It accomplished this role using antiquated radars and diminishing spare parts. With increased tasking and an ever-changing global picture, the need for new radar soon became apparent and steps were undertaken to do just that. 1990 saw the purchase of a new state of the art AN/TPS-70 Radar System, delayed by the Gulf War but delivered in early 1991. Later that year, the Squadron received verification as an Air Defence Control Facility which enabled its' personnel to control in all weather conditions (VMC/IMC) anywhere.

The new radar proved extremely reliable and compact, requiring little infrastructure. Thus in 1992, the old radar site just outside of Grand Centre was closed and 42 Radar was moved to its' present locations with the radar and ancillary equipment situated on the Cold Lake Air Weapons Range and Remote Operations Training Centre on the 4 Wing flight line. In 1994, the squadron was outfitted with a fixed and tactical satellite communications (SatCom) terminal, giving 42 Radar a flexibility to deploy anywhere in support of operational commitments ranging from land forces units to gap filling the North Warning System.

42 Radar supports pilot training throughout the year, including the Fighter Weapons Instructors Course (FWIC), by providing control during multi-aircraft air combat training. As a training establishment, the squadron is tasked to train Tactical Fighter Controllers (TFCs), Weapons Assistant Sensors Operators (WASOs) and also trains maintenance technicians in the servicing and repair of the complete TPS-70 Radar and SatCom System. With the dual role of Operations and Training along with transportability 42 Radar Squadron and its personnel are promised interesting and challenging missions for many years to come. Dirigenti Manu!